I quit this game.

Yea great, give pk or outlaws more reason to hunt down specific ppl on mid to low hp bar 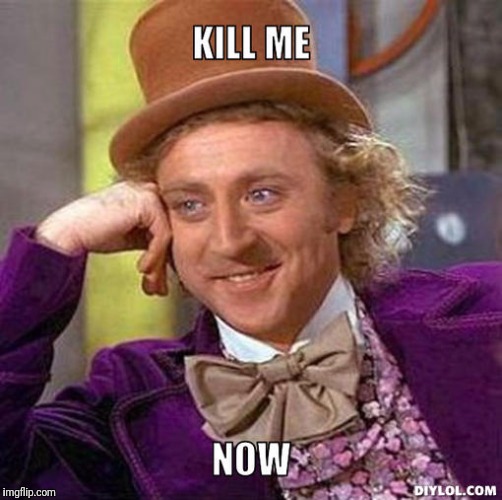 by PillMaster
I quit this game too. Can't handle it anymore. No updates at all.

by TrexApex
Updates take time and maybe their having troubles that are hard to fix, Remember the game is 4-5 month not
even a year, So All you can do iso support it by ideas/and not Criticizing the game, So please note that you as player can help too, and if the game isn't to your liking, Find another game wait 2 years and then see if it's to your likings.

by Drakkon666
Its not just the updates but the rules that keeps the game clean...

Which is the bad words, mob drag/spawn drag and many more...

You cant even PERM BAN a person who has been breaking the rules for 20+ TIMES but gave HIM A ONE MORE CHANCE (which made your ENTIRE GMS laughable) to play the game.

The flaws are there already for example as I said is the "Bad Words/Offensive Language" which only mutes the person? I mean how many times will it be broken to get a PERM BAN because JAILING is only APPLICABLE which isn't ok for players like US.

Most FLAW that I ever seen so FAR is "Mob Drag/Spawn Drag". Let me tell you the reason using your POINTS. It has to start in /time, the video should show that the player "intentionally" targets a player/s from a distance.

In those points that I shown is first lets start in /time which many players DO NOT KNOW and I know they dont know it not even /pos so in that rough start the CRIMINAL GETS AWAY IMMEDIATELY. Second is the video, we all know that you cant caught everything on tape and when the action happens its too late so why cant we consider screenshots/witnesses/stories? Third is "SHOWING" the player "INTENTIONALLY" dragging the MOBS LOL! This is the BIGGEST FLAW YOU KNOW WHY?

Let me give you an example which is the only FARMING PLACE OF THE BIG LEAGUES which is 4.1, 5.1 and 6.1. These are the farming places by big players but also prone to mob/spawn dragging. In 4.1 you can go on the middle map and spawn sqoyotes but what the problem was is the range of our visual so when he has 3-4 sqoyotes (which is enough to kill us) he can go on top or below us to prevent being seen and then successfully escape from 5.1 (because farm site there is near to the 5.1 jump area) and same goes to 5.1 but more better why? Because YOU ALL PUT THE SQOYOTE SPAWN NEAR THE FENCE! Which is where? Rotters area HELLO? Also on both sides its still disame and sqoyotes can see you on far range so even if you go deep below he can go below too (far from you but near to 6.1 escape area). Should I even start in 6.1? Your FAMOUS SHAMAS DID THAT ALWAYS! and also since the BIGGEST FLAW too is ONLY TO A "PLAYER" then he finds a way to LURE IT IN THE MULES OR FOLLOWERS WE HAVE!

Kind of GOOD ISNT IT? Fix the FLAWS or do high surveillance because not only we lose EXP on this but you take it by 20% (+ITEMS)!

Hi Drakkon666, thanks for your contribution to the game!


You cant even PERM BAN a person who has been breaking the rules for 20+ TIMES but gave HIM A ONE MORE CHANCE (which made your ENTIRE GMS laughable) to play the game.
The flaws are there already for example as I said is the "Bad Words/Offensive Language" which only mutes the person? I mean how many times will it be broken to get a PERM BAN because JAILING is only APPLICABLE which isn't ok for players like US.

A permanent banning might be done, in very particular cases.
Bad language is generally punished with a mute.
I am certain you know already how that works, since it is described in this forum post.
(While you are there, please refresh your knowledge of forum rules: I had to edit your signature today)
If you happen to witness bad language in chat, you are invited reporting to one of us.

Spawn mobbing is a very bad action, and one of the most difficult for us to detect. We appreciate indeed how helpful players are being in reporting at their best any spawn dragging they see.
Unfortunately, just a change in game mechanics could solve this issue; it's hopefully being worked to, and I'd like remembering you that compbatant is the only dev of the game.
If you have any suggestion on how to improve the game on this area, such as moving the spawn away from the fences, you are invited posting it in "suggestions" forum section.

by Drakkon666
About the "Bad Words" I still consider Jailing/Ban because you know what he did and that is only to make another alt to just say the "Magic Words" all over again...

To say also its the game mechanics problem isnt true because if there is a will, there is a way. Still the best escape is just go down then jump to another area.

Well I still recommend that one I whisper you and btw found the picture insulting you know... Can it be reappealed now?

by Drakkon666
All replies are right after your questions in BOLD text:

Let me ask you a question: about the $300 player you guys ban, how MANY TIMES he broke the RULES?

He broke many more times different rules, and believe me, shamas/para is nowhere close to it.

So go back and I ask another question, How MANY TIMES did ShaMaS/PaRadDox/etc. broke the RULES?

Alt and Main shouldn't be separated also THERE SHOULD BE A LIMIT ON PLAYERS who do VIOLATIONS SIMULTANEOUSLY.

If you read the rules, theres a point stating that for some violations all accounts might be affected simultaneously

Point System is what I recommend which includes all the VIOLATIONS.

This is seen as all/total amount of a certain player and will not be seperated/apart from each other and seen as a whole.

Giving CHANCE to a PLAYER wherein he/she has given "CHANCES TO CHANGE" ALREADY only shows how UNFAIR YOUR SYSTEM IS.

If I may ask WHY?

Because everybody deserves 1 or more chances, shamas/paradox already proven to have changed and to follow the rules better, compared to the past after all

by Drakkon666
Who replied this?

Plus are you serious that $700 guy is more worser? Check again to all his Unknown Offenses which is COUNTING since he still active.

EAT MY DUST YOU TERRORIST LOVER!

Sorry I spam a little but deleted it permanently so its all good. Also took down that video.

by Ryaca
Ok. Good luck in your future endeavors.
All times are UTC
Page 3 of 3