Here you will find any important info about the game and the forum!
Locked
5 posts • Page 1 of 1

Since the publication of this post in the game there will be new rules processing report players. Report players will be classified by the forces of GM and the player will be awarded 1 point in a specific category of awards. When the player receives a certain number of points in one of the categories he will be given some form of reward
Here is the current table of earnings for the award with the help of the report: 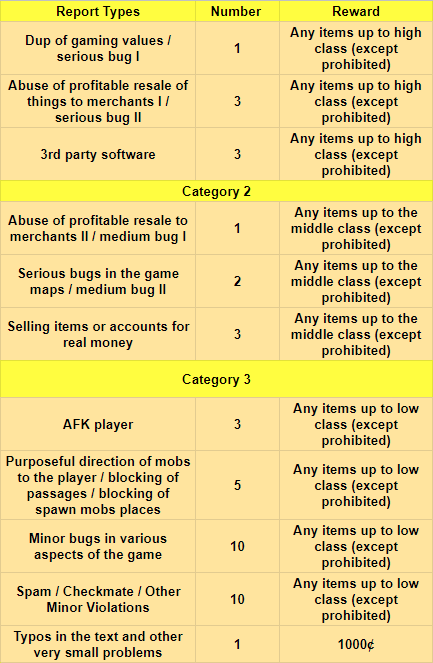 There are also rules for registration of reports: 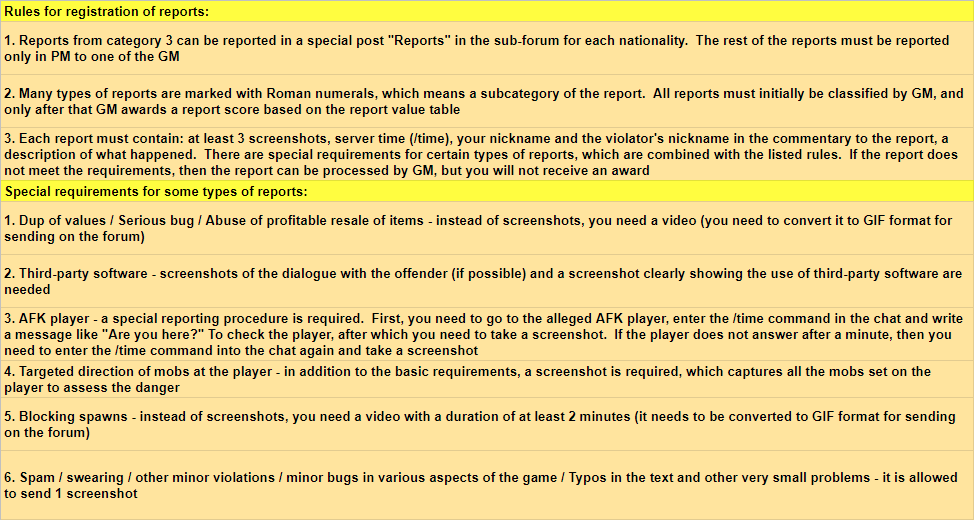 You can see Roman numerals I and II in some types of violations, it is an additional division of the separate violations into categories according to the severity of the violation
So decrypted these categories:

Then you can see categories of items that any player can get. This is a list of items available for players to choose as a reward
There are 3 lists: prohibited items, items of the highest class and objects of the middle class. All the items that are not included in either of the lists shown below, are the subjects of low class. If the player deserved the award, "the highest category of objects", then it is available to choose items from the low category, medium category and the highest category, and similarly in the other classes of awards 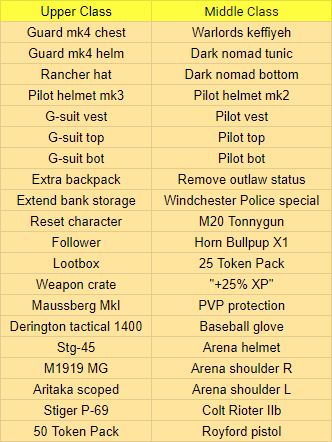 I hope now everyone understands how it works. Along with this change I want to announce that from now on all reports will be made strictly on the forum. It's time to raise the asset on the forum and develop it, besides the forum is the opportunity to make notes about the user how many reports on his account. In third-party resources existing GMs have personal accounts that are not intended for the reception of the report. In third-party resources you can ask the GM something or to talk to him, but no more

Reports outside the official resources may be processed, but the player will not receive a reward for this. Also, a special post has been created in the national sections of the forum, in which you can quickly pass verification of new users. For the security of the forum, new users are not able to write personal messages to other users and messages of such users on the forum require GM moderation before publication, so use special posts in your national forum sections. Also in these sections of the forum there are posts "Reports" in which you can report violations of the 3rd category. Please note that error messages in the game, except for visual ones, are not allowed in general posts on the forum! If you doubt about the advisability of reporting anything in a public post on the forum, it is better to use PM with GM

Also in this post comments of players are blocked, so as not to create spam and keep the post clean
Yfars :: Game Administrator (GM)
Languages: English, Russian

Changing the number of points required to receive an award for some types of reports and adding a new type of reports. Changing the rules for registration of reports
Yfars :: Game Administrator (GM)
Languages: English, Russian